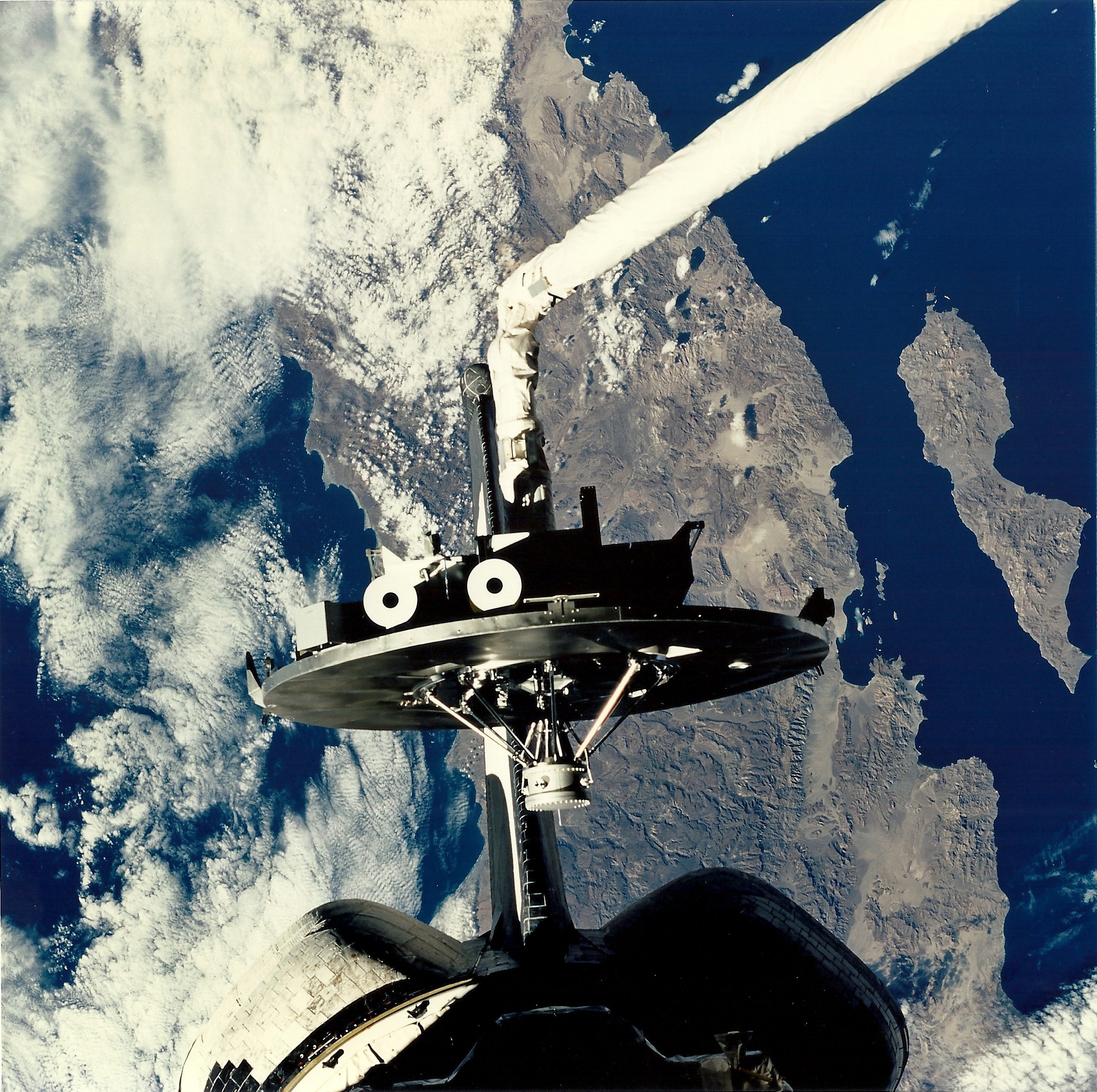 During the week of April 11, 2011, the FBI released some of its investigation records on UFOs. The reports reflect the reality that people do see unexplained phenomena in the sky. Are these sightings evidence for intelligent life elsewhere, or some secret flight testing program?

Much UFO speculation in the past has focused on one of my shuttle missions, STS-80, flown in late 1996. Some have maintained that video shot during this Columbia space shuttle flight provides evidence for unknown objects moving in the night sky. I have reviewed this video (for the first time in 1997), and conclude that it shows commonplace and well-known objects near the shuttle, all of them observed on every shuttle flight. These videos show low-light television camera images of ice particles or man-made debris drifting out of Columbia’s cargo bay, and floating in the vicinity of the shuttle, likely within a few tens of feet of the orbiter.

I have seen these snippets of STS-80 video many times since our flight. These video scenes were recorded by remote control, under ground command, with flight controllers in Houston’s Mission Control operating our low-light TV camera in the cargo bay. As far as I remember, nobody on the crew was looking out the window at these ice crystals or debris particles. Nobody thought anything that our crew observed out the window was of “alien” origin, or something not connected to the shuttle’s routine operations (e.g. a large rotating disk or any such unusual structure). Once you understand what the solar illumination conditions are (orbital twilight, with darkness below and sunlight at our altitude), it’s easy to conclude that the video shows normal small ice and debris particles drifting aimlessly away from the orbiter, with some pieces becoming sunlit as they move out of the shuttle’s shadow. During our science operations, robotic satellite deployments and grapples, and robot arm tests and exercises, we routinely noticed these ice particles and debris catching the brilliant sunlight outside. But these sightings were non-events for us, as we understood what we were seeing completely.

Both the flight crew and Mission Control are always attentive to particles seen outside the windows, or on payload bay cameras. Such sightings could be clues to spacecraft problems, such as a vital piece of equipment that has shaken loose. Those sightings need to be reported ASAP and openly discussed — is it a fuel leak, or a piece off the rudder, or damage to the TPS (tiles), or other bad news? Crewmembers and flight controllers have no reason to ever keep it secret or to keep these discussions off normal radio channels.

Aside from details of specific Defense Department payloads and their deployments, astronauts have no classification regulations or rules preventing anyone from discussing anything they’ve seen or experienced on space flights. No secret non-disclosure signatures, no secret threats, no secret brainwashing–we communicate openly with the public. What we get, you get. What we see that’s unusual, we tell you about.

I have spent many hours gazing out the shuttle windows during my 53 days in orbit, under all lighting and orbiter attitude conditions. The objects seen in the STS-80 videos are ordinary debris particles or ice crystals, some hit by shuttle thruster blasts that cause a change in their motion. Local lighting conditions also change the brightness of some objects as they drift into or out of shadow. I have never seen any evidence in space or on Earth of spacecraft or phenomena not explained by our routine space operations in the shuttle or Space Station programs. My crewmates and I have not seen any evidence for UFOs or spacecraft of “alien” origin or behavior. The STS-80 videos are records of normal space shuttle operations and optical phenomena.

It is regrettable that so many spaceflight-minded young people have their enthusiasms exploited by misinterpretations of such shuttle videos. These inaccurate theories about what the videos show–some naive, some possibly deliberately misleading–waste a great deal of productive energy. Insisting that astronauts have seen alien vehicles is incorrect: a deliberate falsehood. This myth wastes years of healthy curiosity and diverts it to pseudo-scientific wild goose chases, and is a disservice to the fantastic and dedicated work done in orbit by Space Station and shuttle crews, and their support team on Earth. Those still arguing about non-existent UFOs seen by space shuttle crews are wasting their time. Worse, they are misleading young explorers who don’t deserve to miss out on the genuine thrills and wonder of the spaceflight experience, its importance for the advancement of our species, and our understanding of the home planet and our universe.

Author of Ask the Astronaut, Sky Walking: An Astronaut’s Memoir, and Planetology: Unlocking the Secrets of the Solar System.