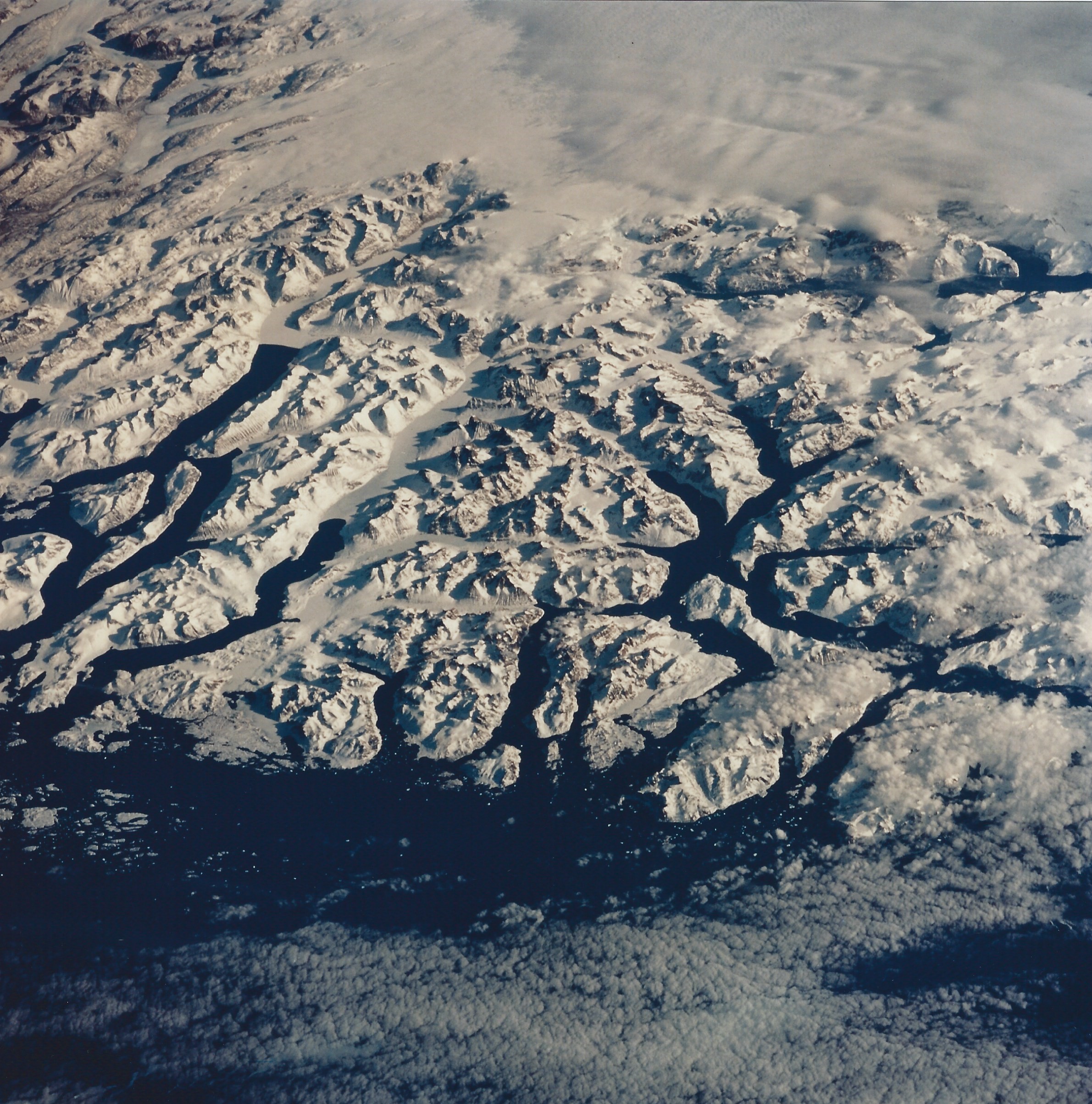 STS-59 launched with my crew 22 years ago today, April 9, 1994. What an introduction to spaceflight, and to our planet’s beauty.

Our crew on the Space Radar Lab 1 mission took this image looking north at the southern tip of Greenland. We were only 113 nautical miles up, and about 180 miles south of Greenland when we used a 250mm lens on a Hasselblad camera to get this tight image.

Steep-walled fjords lace into Greenland’s mountainous coastline. The razor-sharp peak pointing south at the center of a spider-like pattern of fjords, just right of center, is Nuk.

Narsaq Kujalleq, a small town of 97, lies on the fjord to the west of that small island at bottom center.

At the left center edge of the photo is the town of Nanortaliq, with 1337 people. It’s a struggle to find named landmarks in Greenland–so few people, so many mountains and fjords. I’ve seen Greenland from a B-52 cockpit and on an occasional transatlantic air trip, but never touched land there. Someday soon, I hope.