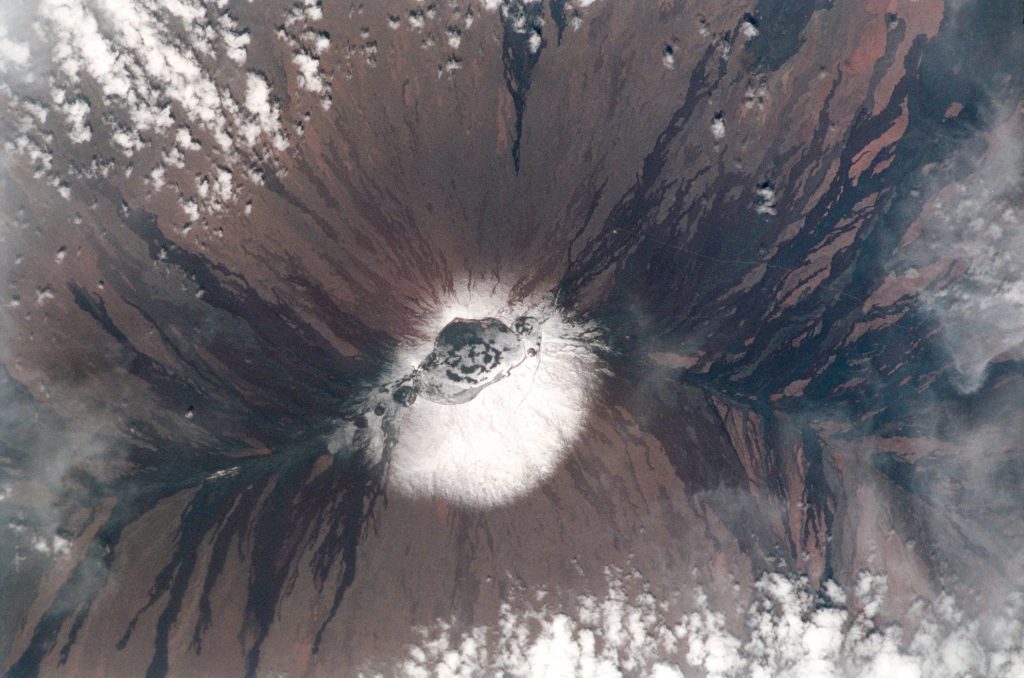 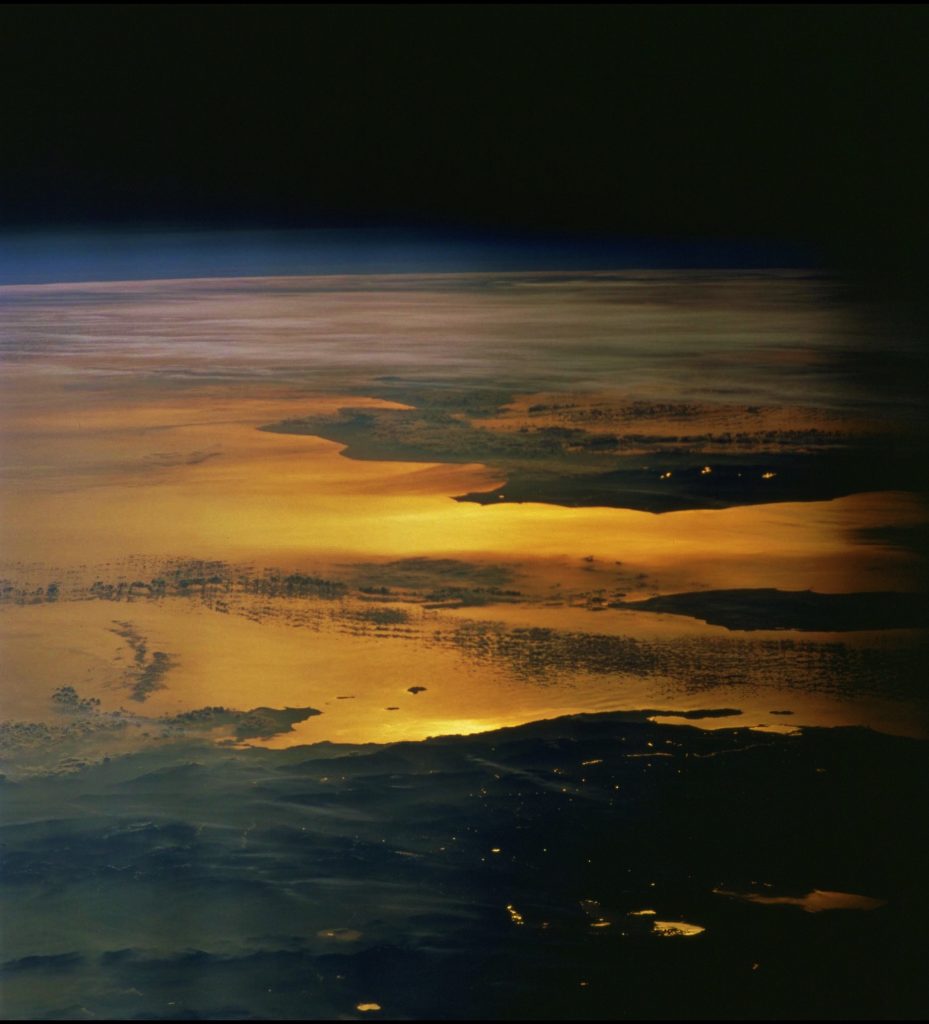 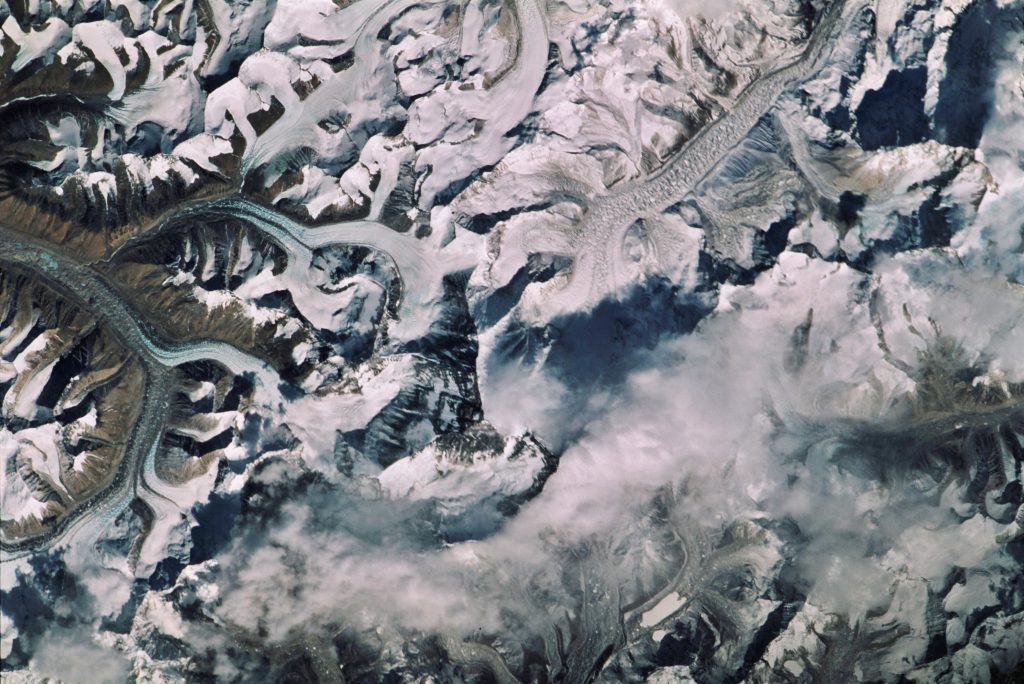 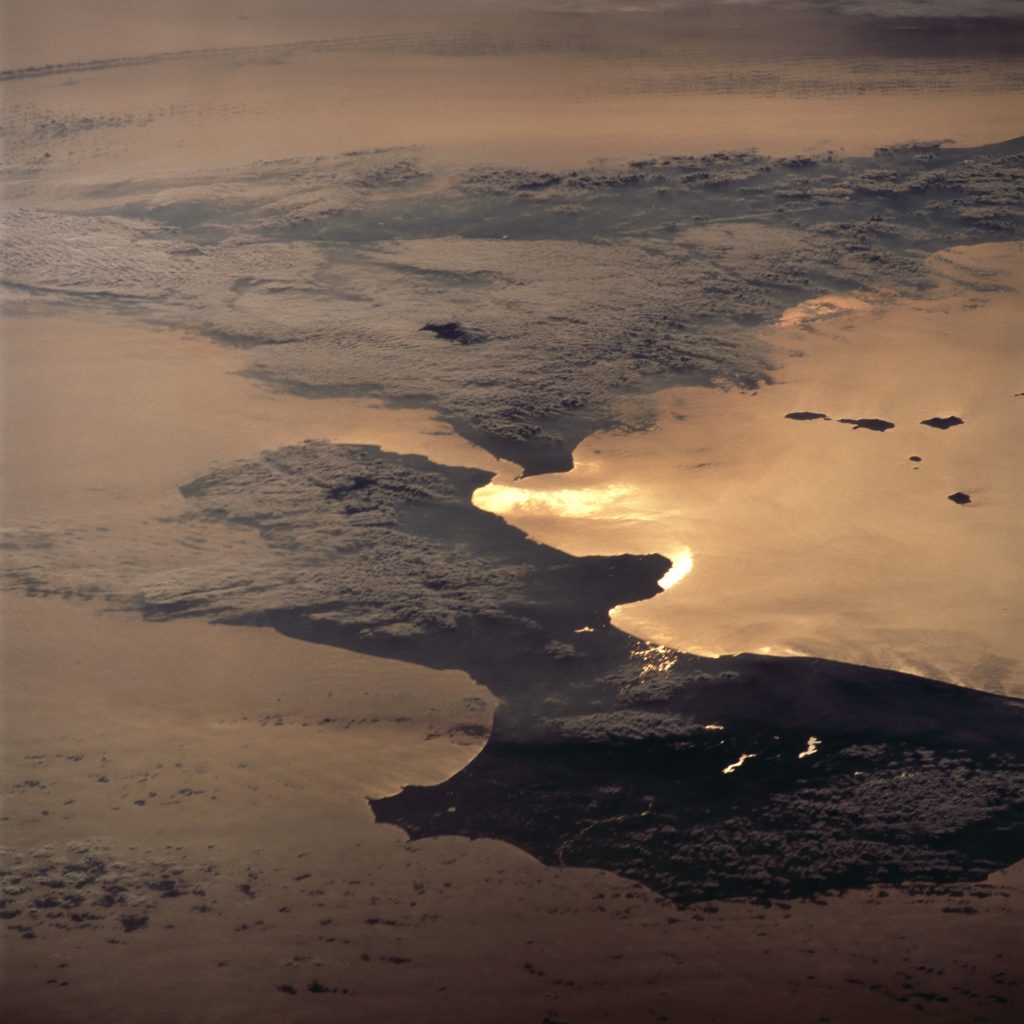 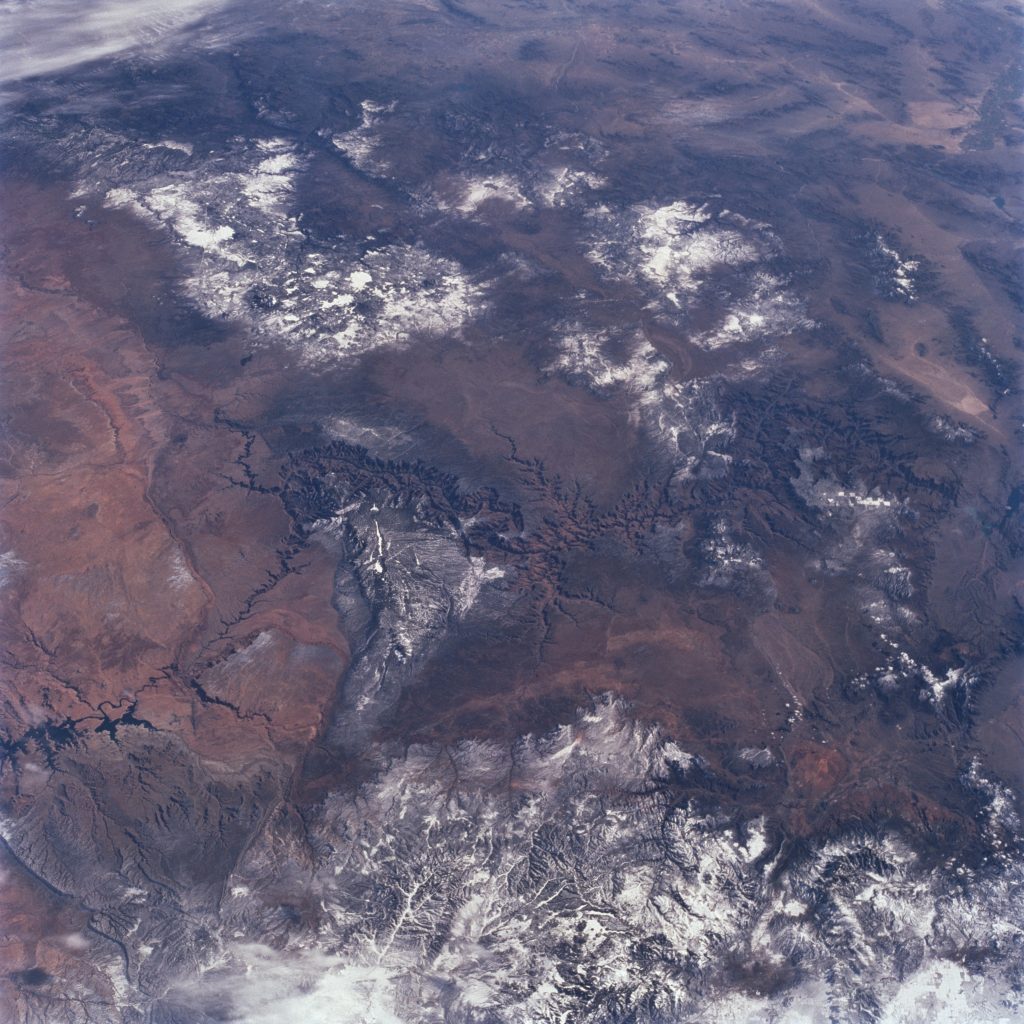 This animation of 2014 JO25 was compiled from the observations made by the 300-meter Arecibo Observatory near closest approach on 19 April 2017. The resolution is 7.5 meters /pixel. There are small bright features that may be boulders on the surface as well as raised topography that is casting shadows (Arecibo Observatory/NSF/NASA).

The last day of June is an international recognition of Asteroid Day, a global, public discussion of the hazards posed to Earth and our civilization by asteroid and comet impacts.  June 30, 2017 marks the 109th anniversary of the 40-meter-wide asteroid impact over Tunguska, Siberia, that flattened 2000 square km (800 square miles) of conifer forest. That 3- to 5-megaton explosion, generated by an asteroid impact that occurs on average every millennium, is a reminder of the devastation that awaits our society if we fail to act to prevent a future impact.

Last year the United Nations recognized Asteroid Day as a global education event, aimed at raising awareness of cosmic impacts and the need for nations to work together to head off a future impact event. The professional society of astronauts and cosmonauts, the Association of Space Explorers, introduced the United Nations measure that recognized Asteroid Day. We space fliers have seen the cosmic scars on Earth created by past impacts, and our international collaboration in space is an example of how we should apply our joint skills in space technology to find rogue asteroids and divert them from a collision with Earth.

Asteroid Day is a 24-hour global conversation kicking off on the eve of June 30, and features a day-long live broadcast from this year’s Asteroid Day headquarters in Luxembourg. Check out the program at AsteroidDay.org. The broadcast features asteroid science documentaries, interviews with scientists, astronauts, and policy makers, and interactive conversations with asteroid experts around the globe. In addition, close to a thousand events celebrating Asteroid Day will take place around the globe; you can see the map online at AsteroidDay.org. You can also participate on Twitter at #AsteroidDayLive.

During my astronaut training, I explored the depths of Arizona’s Meteor Crater, hiked the floor of Texas’ Odessa impact crater, and took in the view from the rim of the Henbury Crater complex in Australia’s great red Outback. From orbit, I observed a dozen or more impact scars scattered across the globe, some of the ~190 craters showing how our home planet has endured billions of years of cosmic bombardment.

We humans will endure another devastating asteroid or comet impact—one that could wipe out a city, a region of a continent, or our global civilization–unless we work together at finding dangerous asteroids and demonstrate our ability to change the orbit of one headed our way. Support efforts to launch an infrared space telescope to hunt for the million or so objects that could threaten us, and ask your lawmakers to fund a deflection demonstration, like the joint NASA-ESA “AIDA” mission to nudge the orbit of a harmless asteroid with a high-speed spacecraft collision. We’re all piloting this spaceship Earth together, and Asteroid Day is a wonderful opportunity to learn how to protect it.

On behalf of the Association of Space Explorers, I’ll be speaking about Asteroid Day and the asteroid hazard at the Kennedy Space Center Visitor Complex on June 30. Let’s talk asteroids! 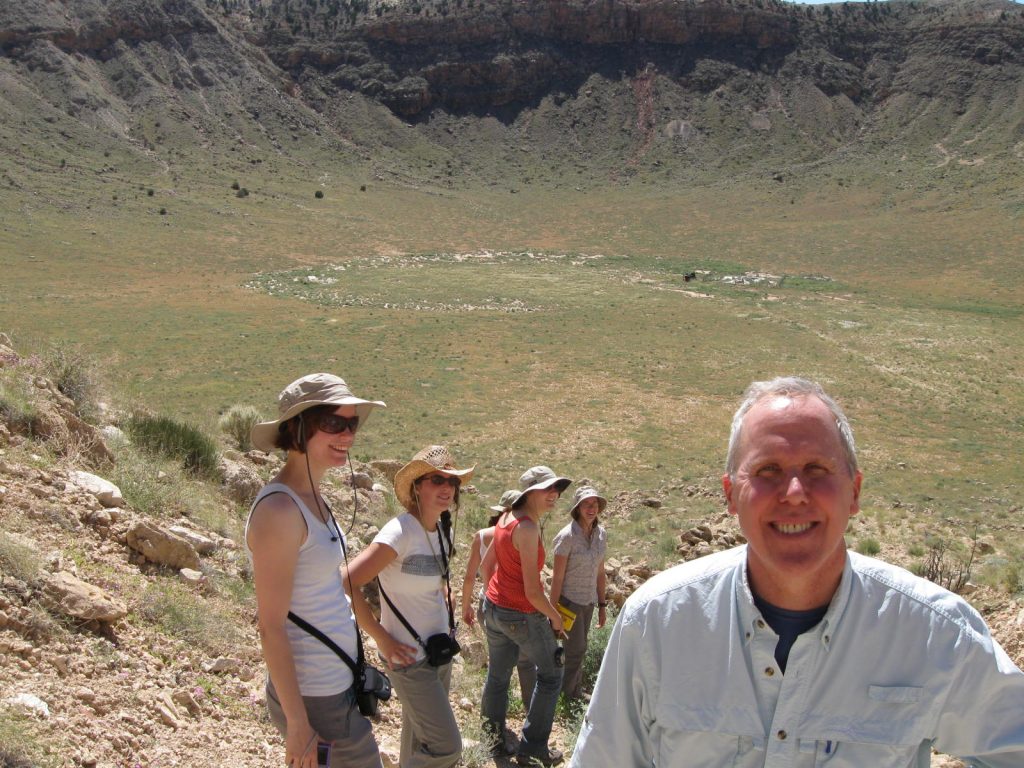 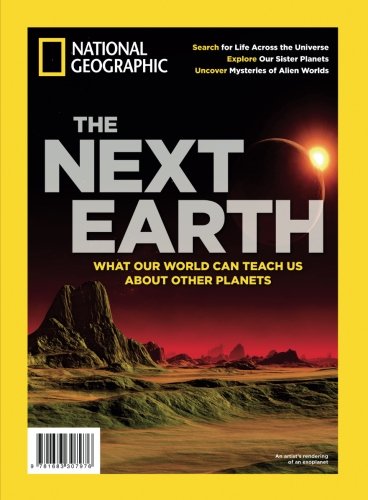 From my ReliablePlant2017 keynote audience: “Dr. Tom Jones was magnificent. He was inspiring. And he told us things I hadn’t heard before.” Thank you to Noria Corporation for their sponsorship of my address.  www.AstronautTomJones.com 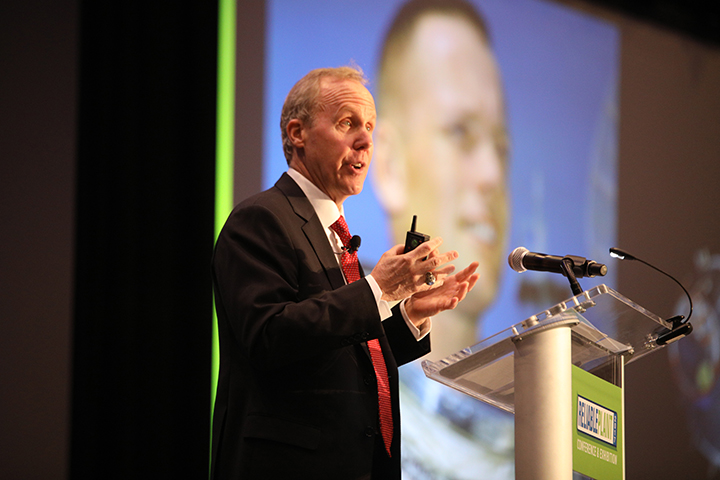 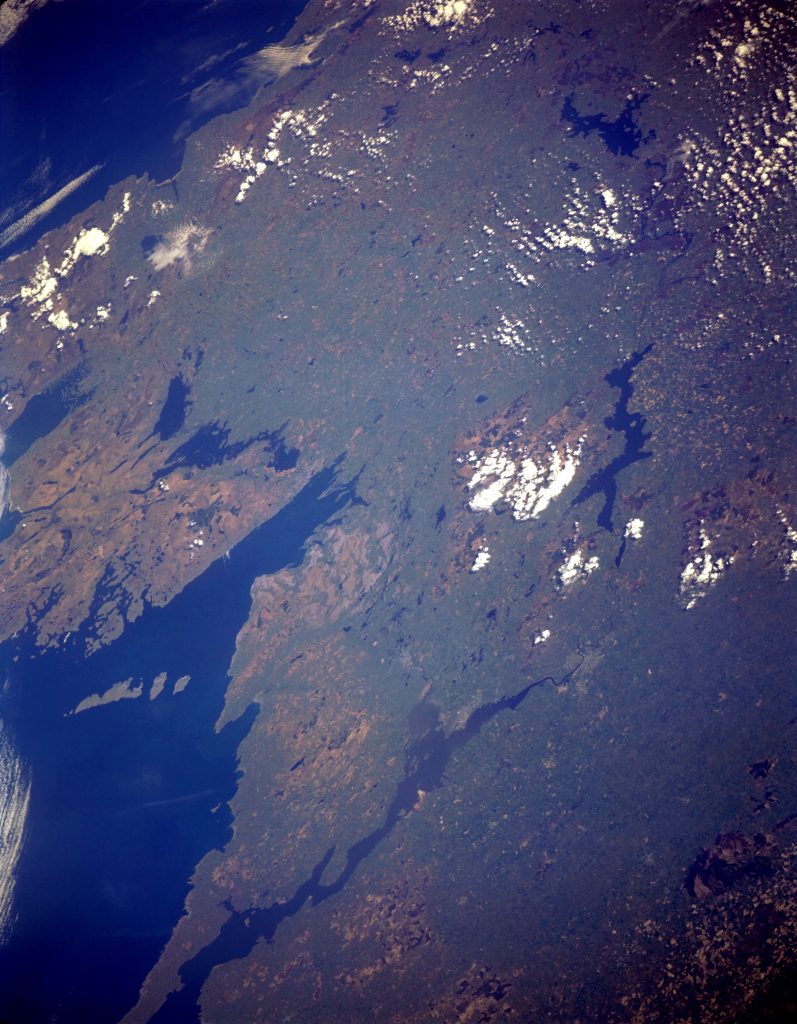