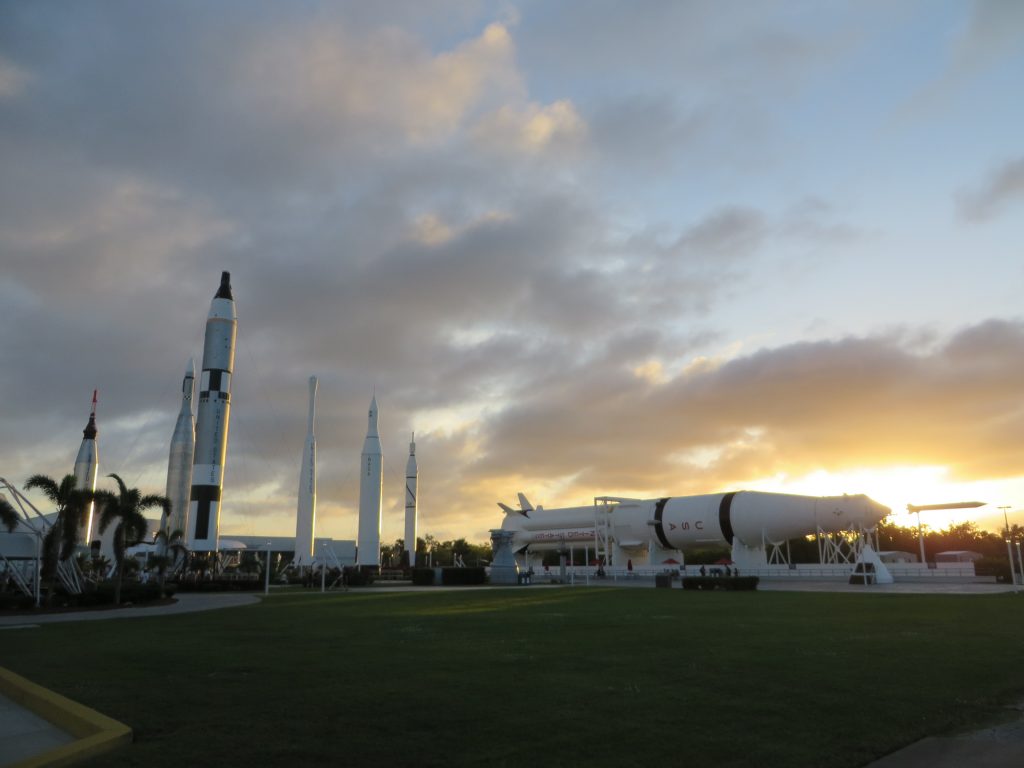 I spent last week speaking at Kennedy Space Center’s Visitor Complex, meeting guests from all over our home planet, from Australia to Lithuania and everywhere in-between. One beautiful evening produced this sunset over the Rocket Garden. The tallest rocket is the Martin Marietta Titan II, which launched the Gemini astronauts; a dozen of these boosters were built for NASA at the factory a mile from my boyhood home in Middle River, MD. The silvery rocket at far left is a replica of the Mercury-Atlas, the type that launched John Glenn and the other Mercury astronaut into orbit in 1962-63. At far right on its side is the NASA Saturn IB, built by Chrysler and McDonnell-Douglas. Saturn IBs (developed by Wernher von Braun’s team at Marshall Spaceflight Center in AL) launched the Apollo 7 mission (first Apollo piloted flight in 1968), the three Skylab crews, and the Apollo-Soyuz Test Project flight in 1975. Rockets and temps in the low 70s–a combo hard to beat. Looking forward to my next speaking trip there.