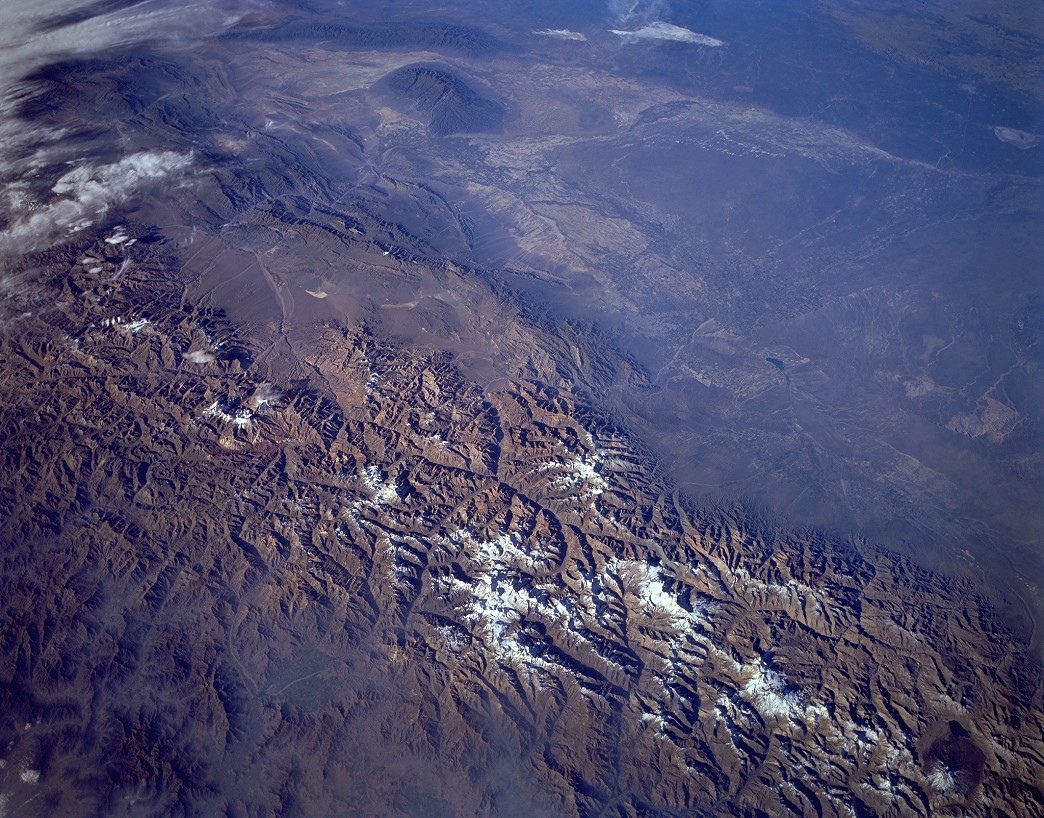 Our Space Radar Lab 1 crew on Endeavour, STS-59, took this shot into the heart of the Andes during the first week of our Mission to Planet Earth. This view looks across the Andes from orbit, about 134 miles above Valparaiso and Santiago, Chile.

The backbone of the Andes runs from upper left to lower right, with north at upper left, south to lower right. The highest reaches of the Andes are topped with snow and ice in mid-April (early autumn in the southern hemisphere). The prominent M-shaped peak at center-left, beneath the smooth basin, is Cerro Mercedario, the highest peak of the Cordillera de la Ramada range and the eighth-highest mountain of the Andes. Mercedario rises to 6720 meters, about 22,050 feet.

South of Mercedario, just left of center, is the prominent white peak of Aconcagua, the highest mountain outside of Asia, at 6,961 metres (22,838 ft), and by extension the highest point in both the Western and Southern hemispheres. Aconcagua is not a volcano, but an upthrust block of the Andes lifted by the collision of the Nazca tectonic plate with the South American plate.

At top center is the city of San Juan, lying beneath the bread-loaf-shaped ridge to the east of those eroded ridgelines at upper left. The salt lake Lago Pampa de las Salinas is the arrowhead-shaped lake at top center.

The exceptionally clear air over the Andes and the mountains’ ruggedness make this view almost three-dimensional. It’s almost as if I’m back up there!

Here is a Google Maps view for orientation: 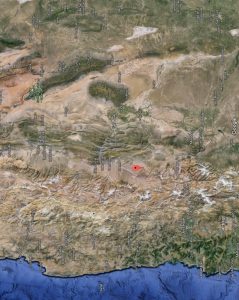 Read my chapter “Seeing Space” in “Ask the Astronaut” for more perspectives on Earth, at AstronautTomJones.com.