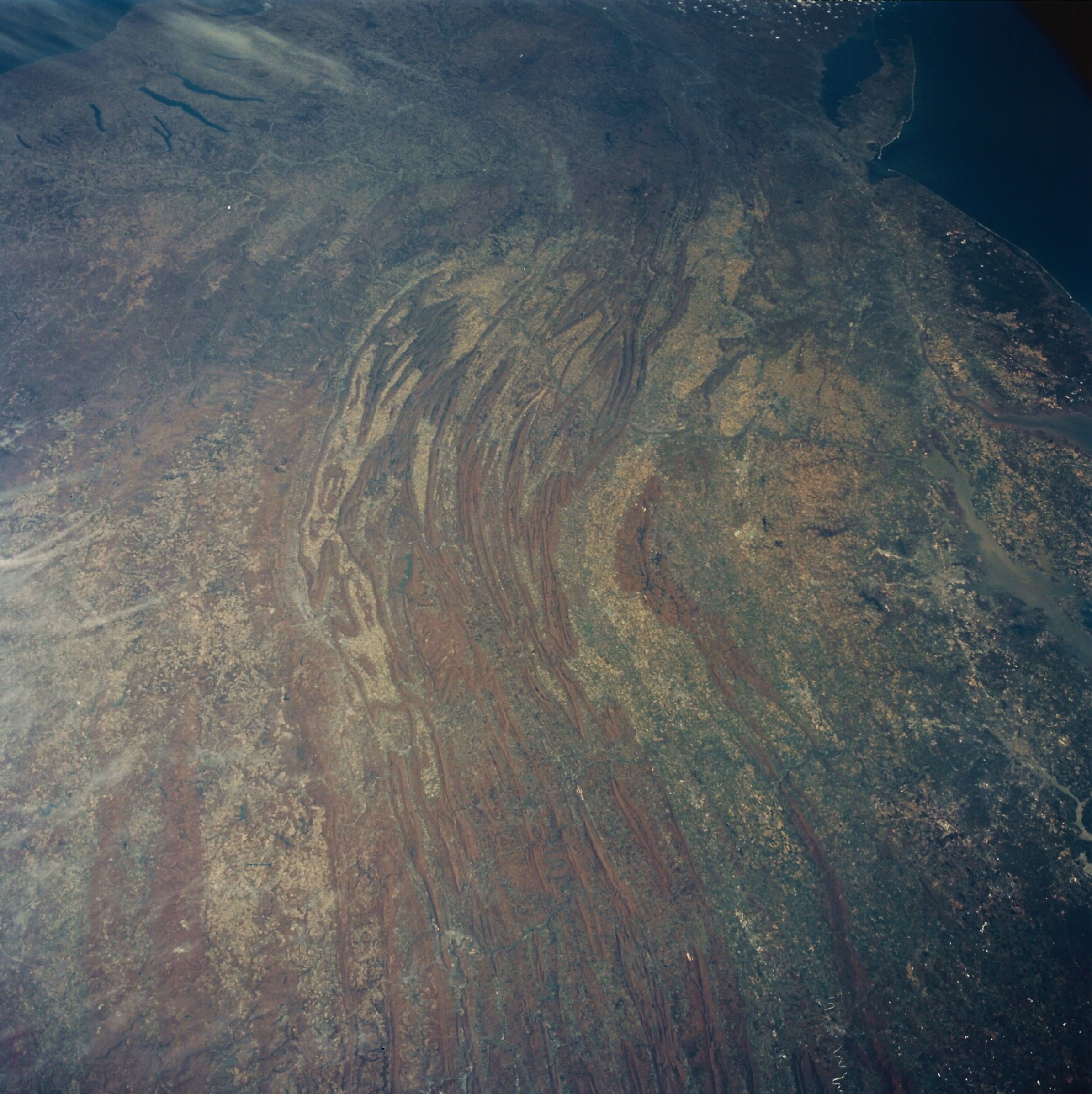 Early spring in the Appalachians jumps out at the astronauts aboard Endeavour, STS-59, Space Radar Lab 1. At an altitude of about 120 nautical miles, the Endeavour crew used a Hasselblad camera body with a 40mm lens to capture this northward view.

Washington, DC is at the bottom right edge of the photo, with I-95 leading northeast to Baltimore on the shores of Chesapeake Bay. The crooked arm of the Patapsco River is visible at the city center. (The Orioles were playing in the nearly new Camden Yards baseball stadium there.)

Moving up the coast, at the head of the Chesapeake, the Susquehanna River flows in from the west (left) in a dark green valley that slices through the mountain ridges. Philadelphia is next in line, on the Delaware River, with the dark green of the Jersey pine barrens at upper right. Finally, Long Island and New York City are visible at top right.

The Finger Lakes in upstate New York are at upper left, along with the shore of Lake Ontario. The ribbon-like sweep of the Appalachians dominates the center of this photo; these are the eroded roots of a folded chain of mountains that were once as high as the Rockies. The easternmost ridge at center is the Blue Ridge, and at bottom right is the silvery squiggle of the south fork of the Shenandoah River, flowing north to the Potomac along the western face of the Blue Ridge.

New spring leaves have not yet emerged at the higher elevations of the Appalachians, leaving just the rust-brown hue of fallen leaves and bare branches along the ridges. One can see the barrier that the Appalachians presented to early European settlers, confining them largely to the eastern seaboard for the first 150 years of settlement in eastern North America.

I grew up in Baltimore, so I truly enjoy the detail in this photo. Read more about viewing Earth in “Seeing Space,” a chapter in my new book, “Ask the Astronaut.” Copies available at: