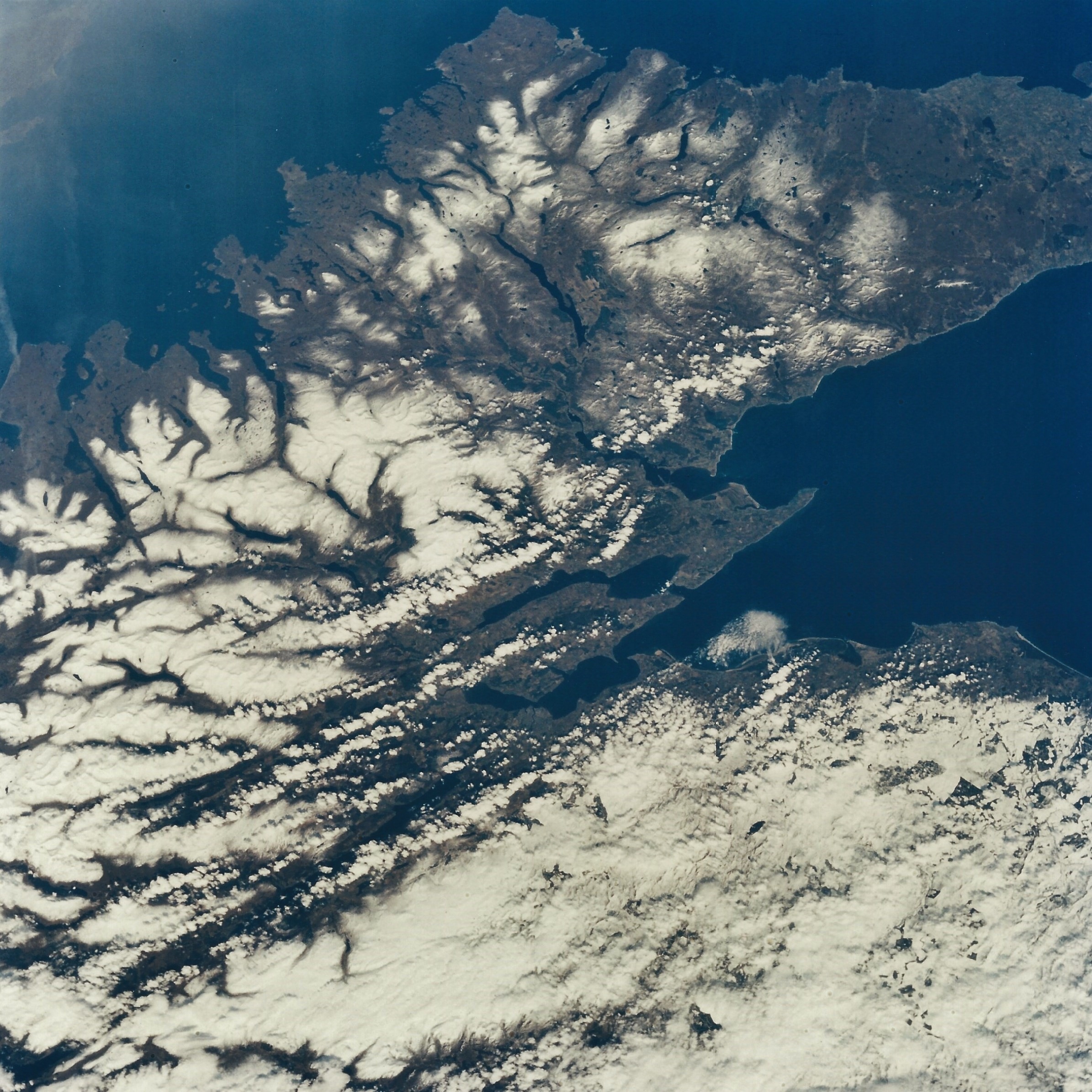 Inverness, in northern Scotland, is known as “The Capital of the Highlands.” The city derives its name from the Scots’ Gaelic term “Inbhir Nis” which translates as “mouth of the Ness.” It officially became a city in 2001 after competing with other locations to be awarded the status of “city.”

In this image, Inverness is centrally located and is split by the River Ness at the deep indentation into the northeast Scottish coast. Loch Ness is the dagger-like, cloud-free lake pointing to the lower left of this photo.

In early April, snow still covered the Scottish highlands as my Space Radar Lab crew coasted over on Endeavour, STS-59. Still on my bucket list to visit!